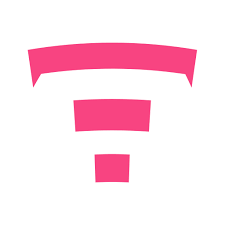 The Tierion ICO will begin in nine days and we would like to review for you the key opportunities for this project as well as the solution and the vision that Tierion has laid out as their future. Tierion describes themselves as follows:

“Tierion provides verifiable basis of fact, that information was created in a specific state space and at a precise time, allowing the network to perform the functions traditionally handled by intermediaries such as certificate authorities, notaries, or identity registration authorities. By operating on public blockchains, Terion is a resilient, secure, open network that anyone can use to anchor and verify data, yet it is also designed to integrate with private cryptographic ledgers.”

Company Behind the Tierion ICO

Tierion launched in 2015 and has become the most widely used platform for anchoring data to the blockchain. Tierion’s key innovation was making it simple to anchor a virtually unlimited amount of data to a single blockchain transaction.

Anchoring is creating a proof that links data to the blockchain and anyone with that proof can verify the data and there is no need for an outside trusted authority. A proof is a JSON-LD document, that contains the information to cryptographically verify a piece of data is anchored to a blockchain. It proves the data existed at the time it was anchored.

The History of Anchoring and the Blockchain

The practice of anchoring text to the blockchain was first popularised in 2012 on the Bitcoin Blockchain with the use of Proof of Existence. Proof of existence is defined in Wikipedia as:

This was the first use of verification that did not need to be by a central authority as the data is enforced by the entire network.  Once the data is time-stamped, it becomes part of the distributed ledger and is secure and practically unchangeable.

Limitations of the Bitcoin Blockchain’s Proof of Existence

Tierion has identified three major issues that exist with the Proof of Existence method that has been used on the Bitcoin Blockchain.

In June 2105, Tierion introduced its Chainpoint Proof.  It has gone through a few versions and now they are launching Chainpoint 3.0. We will not get into the technical aspects of the Chainpoint Proof, which can be found in the whitepaper (link in the Resource section below) but will describe the benefits of the proof and how it does not have the limitations of the Bitcoin Blockchain Proof of Existence.

Thousands of other people have already been using the Chainpoint prroofs and the version 3 is sure to make the experience even more reliable and accurate.

“Microsoft is joining Tierion in running a core part of the network infrastructure. Anyone can join the Tierion Network by running a node. Each node improves the network’s scalability and reliability. Along with this new distributed architecture, a token is being introduced. The Tierion Network Token (TNT) provides an economic incentive to secure the network infrastructure, and serves as a method of settlement between parties to access network resources” (from Whitepaper)

Like the Bitcoin Blockchain, Chainpoint uses a community of nodes to scale the network and make it more reliable. Anyone can become a node by downloading the software and running a node.  The users can access the system through a node and the node can be paid in conventional manners or with the TNT Token.

The primary use of the TNT Token is for settlement between the parties, namely the nodes and the Tierion Network and an incentive for network participants to operate and secure the network.

Supply: 350 000 000 TNT to be sold in Token Sale
Price: the initial value of TNT is notionally set at $0.071 per token, but the final value will be set at the time of launch of the sale.
Target cap on crowdsale: $25 million
Purchase methods accepted: BTC and ETH