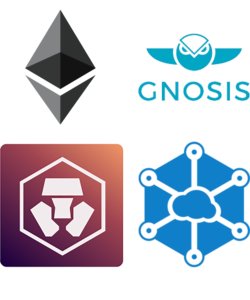 Initial Coin Offerings (ICO) have become to blockchain technology based companies what Initial Public Offerings (IPO) have been for Stocks.  We will first explain what and how ICOs work and the differences that they have from IPOs.

What is an ICO?

An ICO, Initial Coin Offering is a way for companies developing projects on a blockchain platform to raise capital for their project.  The company issues digital assets, or better known as tokens, to early supporters of their projects.  These tokens historically were purchased by contributors with Bitcoin.  As the Ethereum Blockchain has grown in popularity, we see more and more that Ether is the preferred form of payment for new tokens but Bitcoin and various other currencies are accepted as well.

Not to be confused with Cryptocurrencies such as Bitcoin, Litecoin, Ether and the like, the tokens that are issued during an ICO are not currencies but rather like stocks in that the represent partial ownership of the technology company itself.  These tokens do trade on various exchanges as do cryptocurrencies but I woulod make this analogy. Cryptocurrencies like Bitcoin and Ether trade like currency pairs, say USD/EUR while these tokens are more like buying and selling stock.

How an ICO differs from an IPO

Initial Public Offerings (IPOs) require significant regulation, documentation and approval before a company can offer it’s equity shares to investors.  It is usually then offered and bought by not only the average investor but by institutions that have done their due diligence to understand the fundamentals of the business they are investing in.

Don’t get me wrong, early participants in ICOs do their research and learn as much as they can about the company and technology that they are “investing” in. An ICO are mainly supported by early enthusiasts in both the project being introduced as well as the blockchain in general.  Another distinction is that IPOs are done for companies with proven track records, have profits and are raising money to expand.  Initial Coin Offerings very commonly are for projects that may have some basic product or service, but are still in the development stage.  The enthusiast is investing in the potential they see once the technology underlying the project is complete.

The challenge that ICOs face is that at the current time they are not regulated or registered with any official government organization, which is a great part of the appeal for the early contributors.  To avoid being labled as a security in the traditional framework, which would lead to the chance of regulatory angencies getting involved, the ICOs promote their offerings as a “crowdsale” or “contributions” rather than an equity purchase.  It is still unclear whether this will be sufficient in the future to protect their unique structure.

Momentum of Initial Coin Offerings comes mostly from forums that deal with Bitcoin and Cryptoccurencies like bitcointalk. The initial blockchain technology companies offered their ICOs on the Bitcoin Blockchain, the first Blockchain Technology developed to launch Bitcoin itself.  While some of the technologies offered by these ICOs have been successes, many have failed in their infancy.

The first ICO to really gain traction was that of Ethereum that raised $18 million dollars through its ICO and now has a market capitalization of over 12 billion dollars.  The success of Ethereum and its ETHER coin is due to the fact that Ethereum built their own blockchain platform and many of the most successful new ICOs are for technologies that are built on the Ethereum Blockchain.  Almost all current ICO launches accept ETHER as payment and state their goals of contributions in ETHER, but many still accept Bitcoin and other cryptocurrencies as well.

Future of the ICO

As the trend continues, there are many more Initial Coin Offerings on the horizon and the momentum doesn’t seem to be slowing down.  Many of the projects have good merit and are funded within hours while others garner funding from others that may have the dreaded “FOMO” or fear of missing out.

Only time will tell if this is the start of an ICO, or better said blockchain based company bubble or the crypto-community will be able to support these projects.  You should note that as with most businesses the odds are that many of these companies offering ICOs will fail, so choose wisely.

Some of the most succesful ICOs to date

We are not going to list the successful ICos based on amount raised during the ICO but rather by the Market Cap of the circulating supply of these existing tokens.  You can click on the name of the token to bring you to our review of that specific token.