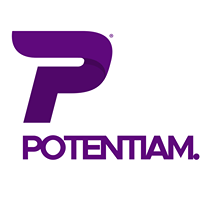 The Potentiam ICO aims to raise funds for the implementation of a music creation, collaboration, licensing and distribution platform based on the Ethereum blockchain. The Potentiam Core has three primary functions, namely as a secure social network, an online production studio and a tool for managing their personal catalogs.

Through these tools, performers and composers will the opportunity to have more control over their intellectual property, as well as greater profits than they would otherwise earn through traditional channels. These parties, as well as producers, will also have access to promote themselves and to discover and reach out to other industry players for collaborations and transactions. Potentiam already has over 5,000 artists interested in joining their platform.

Potentiam, through its Potentiam Core platform, hopes to create a space where users can promote, manage and negotiate themselves and their skills on their own terms by means of providing them with the necessary tools online. For instance, composers and performers can now reach out to each other, form smart contracts based on the terms that they both agree to, and then collaborate and record their music on the platform itself. Once it is complete, the music will appear on the relevant catalog or catalogs, with all parties automatically receiving revenue based on the copyright shares outlined in the smart contract.

Other platform users will be able to review catalogs and can request licenses to use the performer’s content for their projects. Both parties will then form a smart contract with terms outlined and agreed upon by both parties. Once the license is issued, the performer will automatically receive the agreed upon royalties. Likewise, composers can also record their content on the online platform and post it on their catalog for other users for review and transaction.

This platform aims to restructure the current model of the music industry by removing the power and profits from the hands of major conglomerates and retuning it to the hands of the creators. Currently, artists only receive around 29% of profits from live shows and possibly 10% of overall revenue. Users will be charged 10-15% of their revenue for use of the platform, as opposed to the generally high fees mentioned above.

However, users will not be restricted solely to the platform, as:

Potentiam also hosts an online music magazine site called Potentiam Classic which aims to promote its musicians and composers to a wider audience.