Interview with Co-founder and CEO of Monaco, Kris Marszalek 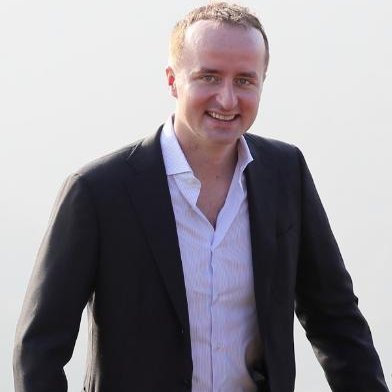 We are interviewing the CEO of Monaco, the creator of Monaco, Kris Marszalek to talk about the controversial ICO, their product, and plans for the future.

UC: One of the issues frequently brought up in the forum discussions is ICO was launched with short-term notice.  Do you think that they are right, it was short-notice?

KM: We’ve certainly seen a number of people questioning this approach, I think it remains to be seen whether the decision was right or not. Our initial plan was to follow the advice of TokenMarket and launch in July, after at least a month of pre-marketing. We decided to go with an accelerated timeframe when we found out a competing project, that also does FX+Crypto was getting ready to launch their ICO in June. There are certain benefits to doing it our way. First, contributors have full month to get to know us and make up their mind. They can also see the day-to-day performance of the ICO, the news flow, how we communicate with the community on Slack and other channels. Comparing to a 15min ICO driven by FOMO we think it’s more contributor-friendly. Secondly, with a 30-day campaign we can actually acquire more customers than we could possibly ever bring onboard in a traditional ICO. So basically every contributor in the ICO gets a Monaco VISA Card for free and some of them will get a Limited Edition Black Card. We view our ICO as a fantastic opportunity to market to our target customer group. Our internal goal was to have 5,000 customers acquired in the ICO. We’re one week in and we’ve already hit 2,000. It’s a phenomenal way to get your first group of brand ambassadors and we have not seen it done well by other companies. You can expect pretty aggressive advertising from us throughout the campaign.

UC: Can you tell us where are you guys based?

KM:  The only physical presence we have is in Hong Kong at the moment. We’ve had free office space at Cyberport Fintech Smartspace as a part of the accelerator program that we got into.  We graduated in April and moved to Ocean View Court in Tsim Sha Tsui, which we’re using for free, as it’s owned by my family member. It’s by no means a sexy space or a sexy address, so we don’t put it on our website, but if you’d like to visit, you’re invited. It gets the job done for us for now, and we love being scrappy as a startup.

Our plans after the ICO include opening an office in Shenzhen, just across the border from Hong Kong, where our R&D is going to be based. We do not have offices in Singapore, UK and Switzerland, but we do have entities there. The Swiss entity is being incorporated in Zug, the Crypto Valley, where the Ethereum Foundation is based. Singapore and UK entities will make it easier for us to work with our partners. It may sound complicated, but we want to be able to build a global product and it requires presence in multiple locations.

UC: I know that it happened after you sold the company, but do you have an explanation of what happened at BeeCrazy after you left?

KM:  BEECRAZY was a very successful venture, we bootstrapped it all the way to $30m+ in revenue, 100+ team and close to 1M user accounts in Hong Kong, which at that time was around 20% of it’s online population. The business was profitable for 2 years at the moment of sale in 2013. The public listed company that owned it decided to shut it down in 2016 and completely exit the e-commerce business. As a founder, I wasn’t particularly happy about how it went down, but without Board seats and with 3% of the listed co, I couldn’t do much about it. I think it was a tremendous learning experience, which is worth more much than the money founders made on the sale.

UC: What about the comments that Monaco seems too good to be true?

KM: It took us a year to figure out how to do this and how to build it. With enough capital, knowledge, and perseverance, what we are doing can be replicated by others. Nothing in our offering is impossible, it’s just VERY DIFFICULT. We are moving forward at extremely high speed, as we understand that the company who gets to scale faster will own this space.

UC: What is your response to the question of how much money you must have spent on marketing to get as much exposure as you have in such a small period of time?

KM: People view this is an ICO campaign, whereas for us we look at is as customer acquisition. We’re very data driven in our marketing and we spend our budgets wisely. This is our core competence, having built a consumer-facing internet startup before. This will give us massive head start over our competitors on launch day. Please take your time to go back to this conversation 6 months from now and it will be clear why we are executing the way we are.

UC: Kris, what is Fores and what is the relationship between Fores and Monaco?

KM: Monaco is the consumer facing brand of Foris. We felt Monaco is a sexier brand to go to the market with and judging by the initial response we have gotten, it really resonates with our customers. Over time, as Monaco brand strengthens, we will phase out Foris entirely. Given how fast things are moving, expect it to happen before we go-live at the end of August.  While the name changed, the core value proposition remained the same: we’re building a universal money app, supporting both fiat and crypto, giving users access to perfect interbank exchange rates and paired with a physical Visa card.

UC: What is the status of the Visa connection?

KM: We’re in the process of becoming a VISA program manager. Our card designs were not approved yet, so you can’t see any VISA logos on the website and apps. We’re just following the protocol here. Another reason we want to be extra careful is that TKN case showed VISA and other companies are not really keen on being associated with ICOs at this moment.

UC: Kris, I would like to thank you for taking the time and answering these questions that have come up.  i appreciate you taking time during the hectic ICO period to be with us.

KM: My pleasure. We’re always happy to take questions on our Slack channel (Slack.Mona.co). Also look out for us doing an AMA on Reddit pretty soon.