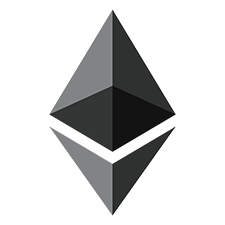 As you know, here at Urban Crypto I follow the progress of various ICOs. At the end of each day, I produce an ICO Update that goes out to our readers with a summary of total contributions and other data.

What I have started to notice is that the total number of contributions may rise but the money collected dropped.  We all know that this is because the price of ETH has taken a severe beating lately losing over 40% from its highs.

As I mentioned above, one of the questions to be asked is what effect does the ETH Volatility have on the companies running ICOs during the downfall. I contacted the CEO and COO of one of the ICOs I am following and asked for their perspective on the value of the ETH they have collected, which is locked in escrow until the end of the ICO, and the fact that the total dollars fluctuate so much.  One day they could collect 100ETH at a value of $350 per ETH just to see it be worth $278 the next.  How does one deal with such issues when running an ICO.

The response from the management of that team was pretty straight forward.  Dealing in cryptocurrencies and using them as a medium of collecting money in an ICO is a known risk that must be accounted for before a company launches their ICO.  He suggests that with the known volatility of cryptocurrencies and ETH especially you should never make you cap at the amount you truly need to launch your business.  He suggests raising your cap higher than what you need for essential progress and success to 1.25 to 1.5 times that amount.  Unfortunately, ETH Volatility is part of the game.

An even more interesting question is what effect does the ETH volatility have on you as a contributor to an ICO.  If you contribute at one rate and the value changes, your investment value can change dramatically in value as the money held by the company has changed.  Obviously this can go both ways but lately, we all know that ETH has been heading in one direction only.

That being said, the tide can turn any day.  I will give you an example.  I introduced my father-in-law to the idea of Bitcoin when it was trading at around $600.  He asked me to send him information on how to buy some as he thought it interesting.  It seems that I forgot to do this.  When I saw him last month and BTC was over $2,500 he reminded me.  I apologized of course but mentioned to him another opportunity.  I introduced him to ETH on a Friday when it was trading around $240 I think.  He said that after the weekend I should send him info on how to purchase.  Well, low and behold by Monday ETH was at $360.  Oh well, we thought.  Look at it now, ETH trying to hold $200.  So it can be seen that the tide turns both ways.

ETH Volatility – Where Does it Come From?

One may speculate as to the ETH Volatility and what causes it but I will just present my theory, and maybe it is obvious.  With all the ICOs that are coming and raising hundreds of millions in ETH, there is a need for contributors to buy ETH to contribute.  So they go to the market and pay for the ETH as the demand is stronger than the supply, the price goes up.  The ICO raises massive amounts of money from the crowdsale in mainly ETH.  Once the ETH is released from escrow, depending on the restrictions that may or may not be in the ICO details, the companies can now unload the vast majority of their ETH on the market causing the reverse effect as the supply is larger than the demand and the price drops.  I know it sounds simple, and its just my thoughts but it seems to me that is what is happening.  This has been especially harsh on the ETH Volatility lately as we have seen the largest ICOs in history between BVancoe, EOS and Tezos to name the biggest.

Is this something that needs to be addressed?  Can it be addressed?  I definitely do not have the answer, but I guess we will see if the cycle continues.