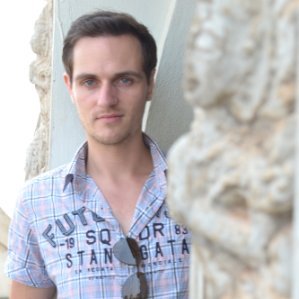 In response to our profile of DCorp a Derivatives Exchange, the companies Founder, Frank Bonnet has provided some feedback on some of the information that we provided and the concerns we have shown.  We will present his response here. We appreciate Frank taking the time to read and review what we have written.  We do not stand here and argue with what he has to say in response and welcome the additional information and his ability to clarify some of our concerns.

Link to the original page: https://urbancrypto.com/dcorp-drp-derivatives-exchange-profile/

The lines that start with FB are Frank Bonnet’s responses to the lines marked UC which are quotes or indirect quotes from our profile.

FB: The post does not leave any room for us to reply, we’d like to clarify any things that need clarifying. Everyone in the team is as transparent as possible, as are the roles described in the whitepaper.

UC: Who has the real power, is it the Board of Directors or the Shareholder?

FB: The shareholders, it is mentioned multiple times in the whitepaper “ultimately the power lays with the shareholders” and “the B of D has limited powers”. The shareholders decide what happens, the B of D decides on the execution as a safety mechanism to prevent DAO like abuse.

UC: The Founder, as mentioned above, has the voting rights of two board members.  In the event that one of the board members is not available to cast their vote in the time necessary, the Founder acquires the weight of that vote.

FB: This is not the case, the voting weight is only forwarded to me when a member of the B of D is in the non-active state, also a safety mechanism.

UC: DCORP lists their team on their site, mentioning how many years of experience they have in the technology industry.  It seems a bit vague to me as to what their actual accomplishments are, so I suggest digging deeper if you are interested in this opportunity.

FB: Digging deeper is always good 🙂 All our social profiles are listed and there was some extensive research done by Reddit users. https://www.dcorp.it/

UC: The main question is the people behind the project and the true power that the non-elected FOUNDER has.

FB: Please note that I’ve set up the token and crowdsale in a way that it is autonomous (I don’t have control), there is no unsold amount of DRP, not a single DRP token has been given away for free, no bills are paid in DRP, no hotshot marketing guy was promised DRP for exposure, we funded the whole campaign fair and square.

Besides that, the transfer of token ownership (which also releases 51% of the ETH raised to DCORP and initiates the incentive for the dev team which is distributed over a 4 year period in order to ensure continued development) from the crowdsale to DCORP is subjected to a shareholders vote. This should indicate that my angle is not having true power, the reason for this construction is to be able to have some influence in case something goes wrong, without having absolute power. It’s a trade-off between a fully democratic process and security. This strategy allows the token holders to have a say in the actual deployment, there are not many devs doing that.

UC: Just as a pointer, Urban Crypto has never meant to be negative about the DCorp ICO, as a matter of fact, I have noted in multiple of our ICO Updates that I feel the corporate set up and governance is one that I think all companies making ICOs should look at as the ideal.