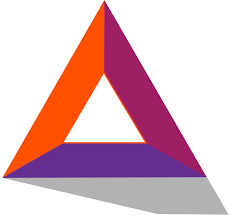 The Basic Attention Token was created by Brave as a utility token.  Brave is a blockchain-based platform that plans to decentralize digital advertising to reduce hidden data costs incurred by advertising, battery loss and lagging processing times on mobile and digital devices. Brave also aims to produce an ecosystem that protects the privacy of its users, while still allowing for advertisers to operate within the framework of a transparent and secure infrastructure. Essentially, the main Brave’s main function is to create a platform that allows for the commodification of the users’ ‘attention’, with advertisers and publishers offering remuneration in exchange for this attention.

Brave will create a reward-based exchange system. Rewards to users are made with Basic Attention Tokens (BAT) for engaging with content. This also allows advertisers to benefit from their ads being focused only towards relevant users, which will also decrease costs and fraud. Publishers will also benefit by receiving higher volumes of revenue, and more accurate data reports.

Advantages of the Basic Attention Token

The Basic Attention Token is an ERC20 Ethereum-based token that Brave ultimately plans to render functional both within the Brave browser network, as well as on other browsers. It is meant to operate as a means of exchange between users, advertisers and publishers within the framework of the Brave platform. The smart-contract nature of this system will ensure transparency of all transactions and agreements, thereby allowing for the prevention of Ad fraud. All information is also encrypted and recorded on the ledger system, effectively increasing the level of security for all transactions.

Initially the Basic Attention Token payments will only be made by advertisers to publishers with transactions being conducted through the Brave Ledger platform. All payments issued on this system will be carried out anonymously, with payments based on the success-rate of the published advertisements. This is currently based on a minimum view rate of 25 seconds per page.

Once users begin to receive token rewards, they will become active participants in the advertising space, rather than passive consumers.

Some foreseen token uses include:

When the BAT token is more widely accepted, Brave hopes that BAT will also become an accepted exchange commodity for digital goods and on other application platforms.