Aternity is developing its own Blockchain and Aeternity Token, (AE), which they say will differ from existing blockchains in that the Aeternity Blockchain will allow for a more scalable platform that allows for high bandwidth transactions, purely functioning smart contracts and decentralized oracles.

Aeternity had a first round ICO that started on April 3rd, 2017 and ran until April 6, 2017. The Tokens meta-tokens were released immediately. The price of the Aeternity was 1 ETH for 1,000 AE.

The results of the 1st ICO Aeternity were:

Aeternity’s Plan For Period Between Phase I and Phase II

Aeternity quoted on their blog the following regarding the period between Phase I and Phase II:

“We are starting the process of extending the team by attracting talent from the blockchain space and beyond. We are also organizing meetups and events to grow the community. A few very interesting bounties will be announced soon, so stay tuned.”

Aeternity’s second round ICO is scheduled as follows: 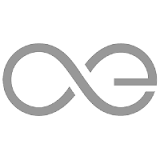