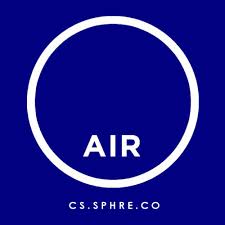 Sphre is developing its Air platform to address one of the biggest challeneges we have today in a data driven online world is identity management.  The challenge is that your identity information is split amongst many different areas and sites on the web for instance with the owners of that site have the ability to use and manage that information as they wish.  This is the standaqrd centralized model of identity management.

Sphre envisions a system, based on the Bitcoin Blockchain that decentralizes the identity management process and gives the user control of the information.  It will also allow the different applications to have access to A “user verified” digital identity.  It segregates the user data information from the transaction ID information.

In the whitepaper (link below in Resources section), Shpre shares the advantages and challenges of the decentralized vision:

“The biggest advantages of the decentralized business model are as follows:

A disadvantage of the decentralized model is that organizational issues have the potential to arise during the decision-making process if there is a lack of agreement among members. This issue is addressed and made much more manageable with blockchain consensus technology.”

Sphre’s Air platform will insulate the user’s identity data from the transaction itself, therefore creating another layer to the frightening problem of identity fraud.  As mentioned above, Air allows user control over their identity and its verification as well as control over monetisation, online security and through smart contracts ultimately their privacy.

The crowdsale will start on June 1, 2017.  There will be a totalo supply offered of 50,000,000 XID distributed during the crowdsale.  There are 3 tranches with the first two having discounts as follows:

There will be an additional XID created during the crowdsale, not to exceed 5 million for items likefounder’s rewards, development bounties and community bounties.